What's the point of writing?

Karon Alderman has written six novels in ten years and none of them have been published (yet). So how – and why – does she keep writing? 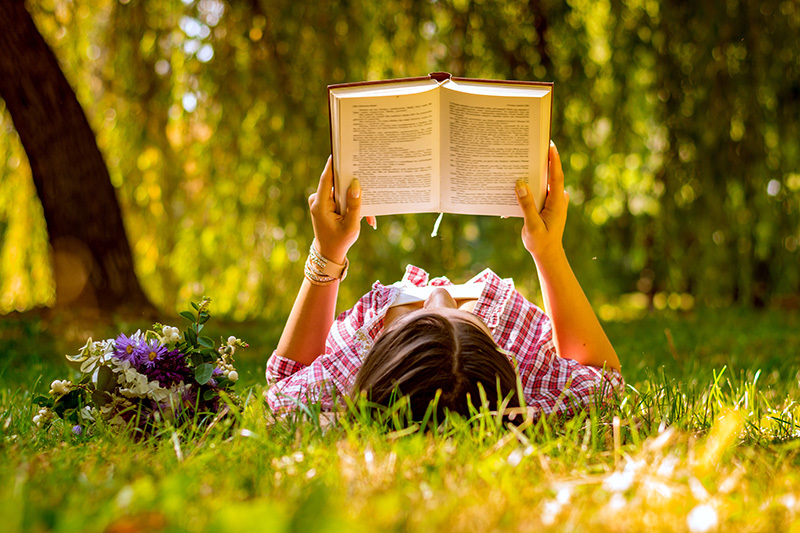 Update: Since writing this article I've continued to write regularly, both rewrites and new material. I've had a whole lot of rejections but also had a number of short stories for adults accepted by a range of literary magazines. I've taken part in online digital writing workshops and events and enjoyed being part of a critical but supportive writing group. This year I applied for the Hachette Award for an unpublished children’s novel, and I am thrilled to have won. The prize includes publication – at last. So, we write because we love it. And we don't give up!

Someone asked me recently, what’s the point of keeping on writing when you don’t get anything published? I might have answered flippantly that I’m obviously crazy, or that I have a pathological need to express myself, or that I have a dream I need to fulfil – or even have shrugged and said that I’m a glutton for rejection. But I didn’t say any of those things, because I realised this is a question that many people in my life have probably thought but never dared articulate. And I found myself trying to explain what it is that keeps me plugging away at my novels and short stories, when I am so bad at sending my manuscripts to agents and magazines – and they are so bad at choosing them when I do.

Friends are supportive yet mystified. ‘You spend how many hours a week at it? And then you sit on the work for a year, and then suddenly spend three weeks feverishly beating it into shape for a competition or a magazine, only to be rejected again. Why would you do that?’

They don’t understand why I would choose to cram yet more deadlines, pressure and stress into an already busy life. If we meet for coffee, they are usually playing truant from work, or from piles of marking, or a big supermarket shop – and I am... torn. I want to stay and chat, but I also want to get some work done.

‘What kind of work?’ they ask. ‘Work-work or writing-work?’ By which they mean unpaid work.

Many of my friends do voluntary work as well as paid work, so doing something for nothing is not an alien concept. But voluntary work is useful, isn’t it? Whereas writing doesn’t help anyone.

Occasionally I win a small award and they are thrilled for me. ‘When’s the book out?’ they say, assuming that’s the obvious next step. If only it was that straightforward.

Sometimes we just do things because we can. The mountaineer George Mallory wanted to climb Everest ‘because it’s there’. Similarly, I write because the words are there. I reach for the symbols that will combine into shapes that have meaning across time and space, that will let you see what I see. I know the code.

As a working-class girl I was born at an amazing moment in history: a time of free education. Prior to that, many female children at the lower end of society didn’t get this chance; many still don’t. So, I write because I can. And just because no one has yet decided they like my work enough to buy it, that doesn’t invalidate my right to write.

Of course it would be amazing to get published. How brilliant to do the thing you love and be paid enough to live on. But on the other hand, my paid work feeds into what I write. You’ve probably heard of the term ‘portfolio career’ – well, like many women, I think I have had a portfolio life.

Lack of confidence, the need to earn a living, bullies and bad decisions – most of us can look back and see how those things took us on a winding path that led us away from what we really wanted to do. For a girl with my background there seemed no clear path to becoming a professional author. But I kept on writing anyway.

I was a good starter, but a poor finisher. Ideas came fast, but the discipline to persist with them wasn’t there. I was a woman who wrote, but I wasn’t a writer.

Then one day I saw an advert for a competition, and a character in my head started talking and I couldn’t shut her up. I sat on my daughter’s bunk bed and wrote and wrote. By the end of the week I had written an entire children’s novel. It was runner-up in the competition. I decided I was a writer at last. I just wasn’t published...

Since then I’ve written five more novels, and none of them have been published either. But do we really need to be published? Emily Dickinson didn’t publish, though that was by choice rather than because her work was rejected; but we can’t imagine her being described as anything other than a writer.

So, can you call yourself a writer if you’re not published? Can you be a painter if you never show or sell your paintings, or a musician who plays alone for her own pleasure? I would say ‘yes’, because it is the process not the product that counts; the doing and the creativity, not the pieces of junk stuck together with tape that don’t really look like a spaceship at all – but…

That ‘but’ is about sharing. Hearing what someone thinks of my work can be encouraging or disheartening, but at best triggers further ideas. Sharing can be exhilarating – after my reading at a recent crime-story event someone started enthusiastically speculating about ‘what happens next’.

Even though I am unpaid, I count myself a writer and I share when I can. I have to fit writing into the spaces between paid work and family commitments, but I don’t like to use the word ‘hobby’. It sounds patronising and childish: a hobbyhorse you ride instead of the real sweaty muscular animal. I prefer the idea of part-time. I am a ‘point five’ (i.e. half-time) teacher and I don’t think less of myself for that. Great work is done by part-timers. And many published writers make the bulk of their income from teaching, doing workshops and events.

I sometimes say, ‘I write in my spare time’. But that’s not really true. It’s not really spare at all; there are a million other things I could (perhaps ‘should’) be doing, but I choose to do this. And if it doesn’t help pay the rent, so what? People don’t say, ‘I’m not going to go running any more because finishing 206th in the Women’s Cancer Run will never get me a lucrative sponsorship deal’; or, ‘I might as well concrete over my garden because I’ll never get a gold medal at the Chelsea Flower Show’.

Thinking about all this, I remembered something my sister once asked. My daughter was about to go to Singapore with her youth orchestra, and I was getting stressed about the cost of the trip and worrying that her violin would come off the plane in pieces.

‘Where’s all this leading anyway?’ my sister asked. ‘What’s the point if she doesn’t want to become a professional musician?’

Later, listening to all those teenage musicians playing, it was beautiful in that moment, and it could only be in that moment. Those young people playing that piece of music in that place could never happen again. Sometimes you just have to enjoy the experience. It doesn’t matter what happens next; it’s about playing the music and enjoying it right now.

Most of the things we do don’t lead to anything. Life’s not about where you get to but about how. So I write because I can and because I love writing, the process of it.

I’m walking past a graveyard and there’s no one around. But in my mind a girl gets up from a graveside and runs fast towards the main road, dodging the cars, then disappears into the housing estate. And I can’t wait to get home and start telling her story. Or I’m walking on the beach and I see a white polythene bag flapping in the sharp wind scouring across the sand –  and I wonder what’s in it, as the gulls land and start poking and pulling.

Then I go back to my mother’s house and lie on the bed while the children watch a DVD, and I start to write about opening the bag and seeing a pair of grey eyes staring out...

It’s wonderful when someone reads my work and enjoys it. It’s fantastic when, as has happened a few times, it does get into print. But as I contemplate all the files on my computer that haven’t been published, or even read by anyone else, I know I will carry on writing regardless. I will go to the beach, have coffee with a friend, listen to music. And I will write. There’s no point at all. And that’s the point.

KARON ALDERMAN works for Newcastle City Council teaching English to adults and is training to be a dyslexia specialist. She has written six novels for children, including For Keeps, which won a Northern Promise Award in 2012 and Stella Starbright, which won the Andrea Badenoch Fiction Award in 2017.

This article appeared originally in Issue 76 of Mslexia. 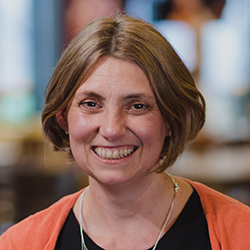