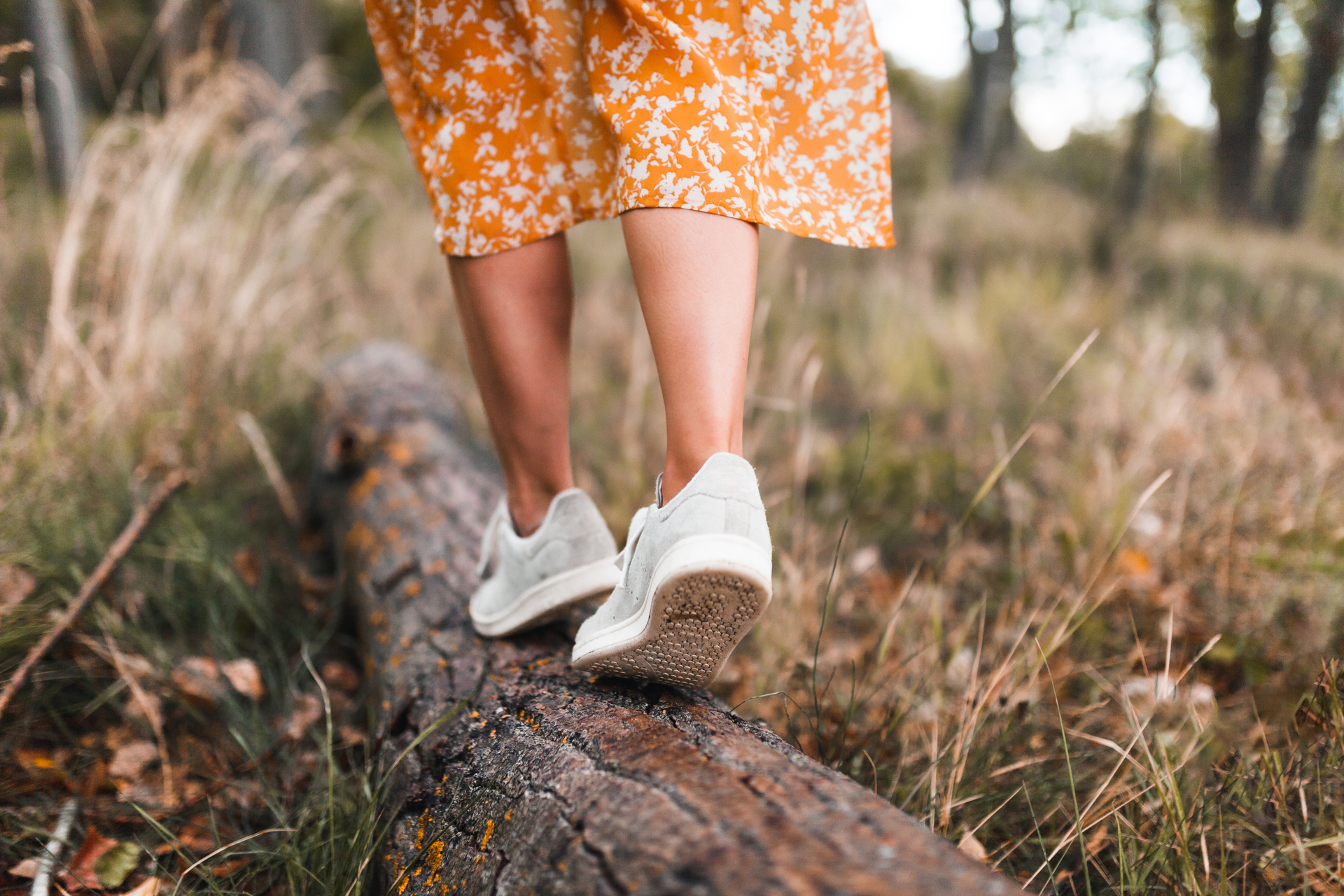 Are you sitting at your desk feeling stuck? Having problems with plot or character, or simply in need of inspiration? Chances are getting up, putting on your shoes and taking a wander to the end of the road or beyond could solve your problems more quickly and imaginatively than sweating it out in front of the screen. What writers have instinctively known for years – that walking is an act of creativity – is fast becoming a hot topic of research.

Three years ago, when I first began to investigate the connections between walking and writing, I conducted a straw poll asking writers why they walked. Responses ranged from ‘it slows me down’ to ‘it loosens me up’; from ‘a way to sharpen the senses’ to ‘getting lost in my thoughts’. Walking is nothing if not paradoxical... which is perhaps why it resonates with so many creatives.

‘When walking we are no longer ourselves,’ Virginia Woolf wrote in her 1927 essay, ‘Street haunting’. For Woolf, walking was an act of submersion, slipping the shackles of ego, setting out anonymously to watch the world. For Rebecca Solnit, author of Wanderlust, ‘Walking allows us to be in our bodies and in the world without being made busy by them. It leaves us free to think without being wholly lost in our thoughts’.

Our language is full of ambulatory metaphors: we walk ‘round in circles’, trudge ‘uphill all the way’, take ‘the long and winding road’. Plot, like most journeys, tends to follow a linear path to a single goal. We set off in anticipation, may get lost and suffer setbacks, but ultimately arrive at our destination, transformed by the process. Likewise, a walk is a catalyst for change. Our feet forge new paths and uncover new insights. Even when our walks are routine, they are constantly altered by weather, time and seasons, as we too are changed by our moods and preoccupations. In this sense, every walk is unique.

Links between walking and creativity have conventionally focused on health benefits: walking as an aerobic activity accelerates our cardiovascular system and boosts serotonin levels, which improve cognitive functions. But walking at two miles an hour is hardly physical exertion. So how does it work? Thom Hartmann, author of Walking Your Blues Away, believes the creative benefits can be attributed to the bilateral rhythmic motion of the ‘cross-crawl’ (right arm swings with left leg; left arm swings with right leg), which enables the left and right sides of the brain to communicate, ‘giving access to the whole brain’. In lay terms, right brain is associated with free-flowing, generative thinking, while left brain is logical, rational and analytical.

Stanford University researchers Marily Oppezzo and Daniel L Schwartz published a paper in 2014 that explored creativity in non-aerobic walking. In four divergent thinking experiments, participants were placed in different conditions: walking indoors on a treadmill, sitting indoors facing a blank wall, walking outdoors, and sitting outdoors whilst being pushed in a wheelchair. The act of walking, they concluded, boosted creativity by up to 60 per cent, with the effects lasting for a short period after the walk.

In another experiment measuring the benefits of walking outside, participants were asked to generate original analogies in response to prompts. One hundred per cent of the outdoor walkers were able to create at least one high-quality original analogy, compared to only 50 per cent of those seated inside. Oppezzo and Schwartz concluded: ‘Walking had a strong influence on the expression of associative memory’: not only did it boost creativity, but it encouraged a particular way of thinking that tapped into the subconscious to generate metaphors and random associations.

Back in the 1950s, a group of young Parisians calling themselves ‘psychogeographers’ drew on Surrealist ideas to reimagine and subvert the walking process. They applied random techniques, such as changing direction according to the roll of a dice, or walking one city using the map of another. Getting lost was encouraged as a way to heighten sensory awareness. The ‘derive’ or ‘drift’ was born: a walk without a destination. Their goal was to connect sensory responses from the walk itself with intuition and imagination via the subconscious. The movement – which was largely male, argumentative and drunken – quickly imploded, but left its influence on the literary landscape. Walking became experimental. New genres of writing and performance cast off conventional histories to provide a myriad of innovative ways to explore place through filters of personal and collective narratives.

For writers, this approach offered a ‘jumping off ’ point for memoirs and new forms of creative life writing. Olivia Laing’s To the River maps her recovery from a relationship and her love of swimming alongside an account of the life of Virginia Woolf. Raynor Winn’s Salt Path merges illness, homelessness and wild camping in an exploration of the South West coast.

But it’s not only about a quest for source material. ‘I wouldn’t be able to write about nature and place without walking. Where I walk and when are directly influenced by the observations I need to make,’ says award-winning novelist and nature writer Melissa Harrison. ‘But there’s another kind of walking – less goal-directed, more meandering – that helps me think through, or past, a problem. Moving through a landscape engages enough of my body and mind to decouple my controlling conscious mind from my deeper creative instincts, which are then free to get to work unencumbered.’

Psychologists refer to this ‘unencumbered’ state as a ‘non-state’, the liminal gap many writers find conducive to problem-solving or getting unstuck. Interestingly, this type of goal-directed thinking scored poorly in Oppezzo and Schwartz’s experiments.

Despite the mounting evidence, opinion on how (or where) to walk to promote creativity remains divided. Oppezzo and Schwartz claim your natural rhythm is the optimum pace – speeding up or slowing down absorbs more cognitive processing space. And a study published in Frontiers of Psychology by Chen-Yu Kuo and Yei-Yu Yeh showed ‘free walkers performed better on divergent thinking tasks than those walking in a rectangle’ – which suggests unfamiliar and unconstructed routes favour creative thinking. However, if walks require a map to navigate, then the brain will default to the logical left brain mode, kerbing the imagination in the process.

To the majority of us, taking a walk feels like the most natural thing to do. It’s easy to forget it’s a process framed by social norms. Real and perceived dangers inhibit women’s movements. Lone women are often the subject of suspicion (the term ‘streetwalker’ is pejoratively used to describe female sex workers). And as Kamila Shamsie points out in Winterwalks, ‘A woman walking alone after midnight is always too conscious of being alone to properly inhabit that space which is solitude’. And of course, for some people mobility is not an option.

But there are alternatives. Relatively affordable technology has begun to create a market for Immersive Virtual Environments (IVEs), using either pre-set IVEs or giving users the opportunity to customise their own walk. The results so far are contradictory. Some users of IVEs report a sense of flatness, a lack of texture, and giddiness, yet experiments at the University of the West of England into simulated walks in urban environments show they can trigger thoughts and feelings.

My own work with writers shows that creativity can be reliably enhanced by conscious walking activities (see ‘Try this’ sidebar). Cities spark the imagination and ignite associative connections, while the relative calm of the countryside enables us to slow down and be more attentive, allowing those Eureka moments to occur. Yet, I know poets who’ve found inspiration on canal banks and short story writers who’ve meandered through meadows and ended up writing historical fiction.

Where you walk, how you walk, who you walk with, when or why you walk, matters less than just doing it. So, reach for your coat, lace up your boots and head out of the door – if only for five minutes, if only to the end of the street. Let your feet find their rhythm, let your thoughts flow freely. And don’t forget to take your notebook.

Here are some short walking activities to inspire creativity. You will need a notebook and comfortable shoes! 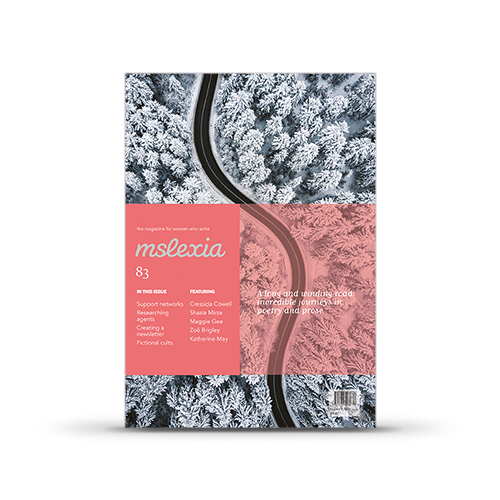 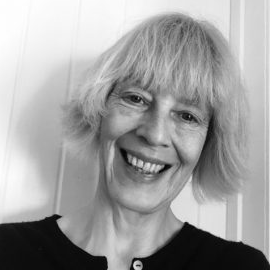