Regi Clare’s poem (Un)certainties won our 2019 Poetry Competition, which was judged by Malika Booker. It was subsequently selected for inclusion in the Forward Anthology 2020 of best poems published in the previous year. It was the first poem Regi had ever written. Scroll down to discover how it came about 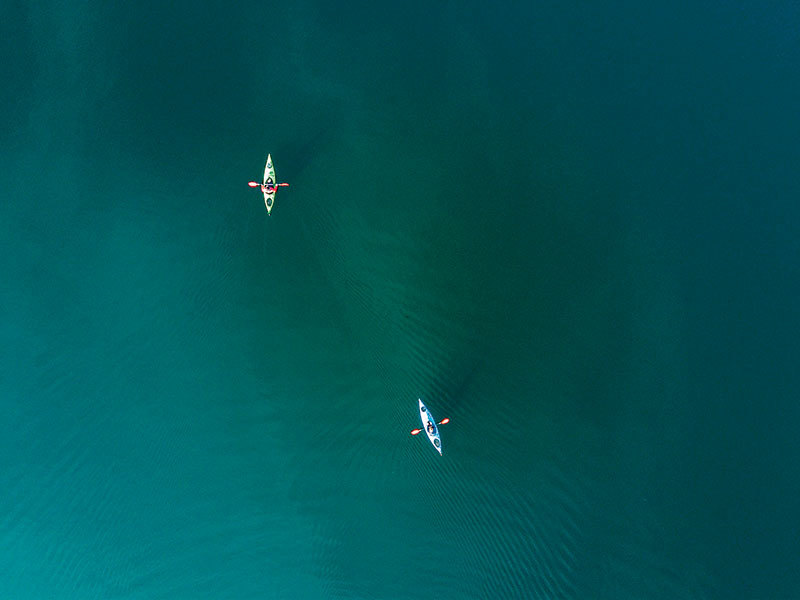 My sister once gave me

A. an ultramarine silk scarf

B. a star-shaped candlestick of clear glass

C. a guardian angel made from clay and driftwood

My sister and her partner loved

My sister and her partner

A. had been on sea kayaking trips before

B. were familiar with that coastline

C. were offered a guided tour

D. trusted their abilities and experience

My sister sent her children

A. a WhatsApp message saying how excited she was about that day’s ten kilometre kayaking trip

B. a picture of the mirror-smooth sea

C. a selfie in a swim vest

My sister’s postcard to our parents

A. was sent before the kayaking trip

B. was sent by hotel staff after the kayaking trip

C. arrived ten days after the kayaking trip, before her funeral

My sister’s partner did not die

My sister died at sea, alone

A. soon after sunset in a storm

B. in the dark in a storm

C. at dawn, after a storm

D. in sunlight, on the morning after a storm

My sister’s partner clung to his kayak at sea, alone

A. from sunset to false dawn throughout a storm

B. from sunset to sunrise throughout a storm and the calm hours beyond

C. from sunset to sunlit morning throughout a storm and the calm hours beyond

A. she and her partner spent time on a series of beaches along the coast, picnicking, shellgathering,

B. she and her partner spent time exploring the disused submarine tunnel under the cliffs

C. she was afraid of the dark inside the tunnel and so she sang, seated in her kayak as her

partner listened, sang her heart out for the soaring echo of it, and the echo could not bear

to lose her and her voice

A. the mirror smoothness of the water began to break, and broken mirrors bring bad luck

B. the waves were too small to seem alarming

C. the waves grew in strength only slowly

A. the land weather forecast was wrong

B. the sea weather forecast was wrong

A. she was first to round the headland, where the wind bore down on her from the mountains

and whipped up the waves

B. her partner, some distance behind, saw her being driven off-course and decided to follow

C. the wind kept their kayaks apart, barely within shouting range, while the sun went down

D. her partner capsized and, holding on with his chin and both hands, could only watch as the

sky darkened to storm-black and she sat upright in her kayak, cresting the waves out into

My sister and her partner

A. knew their GPS

B. knew they were a kilometre at most from the headland

C. could see the village with their hotel further down the coast

A. the kayak rental owner

B. the local police

C. the police in the neighbouring country

A. at least we’ve seen the sunset from out at sea, not just from the beach

Half a year earlier, my sister and her partner had visited an Indonesian sanctuary for retired

elephants, which they helped wash in the nearby stream, getting soaked to the skin.

Half a lifetime earlier, she and her husband had given their babies a bath every night, getting

soaked to the skin.

A lifetime earlier, she and I had played in the stream next to our house, catching tadpoles and

damming the water with pebbles, twigs and mud, getting soaked to the skin.

A. because she capsized

B. because she lost her kayak

C. because she lost hope

D. from the intake of too much sea water

A. the kayak rental owner did not have a motorboat for emergencies

B. the kayak rental owner told her and her partner to phone the local police

C. it was the weekend and the police were short-staffed

D. there was no coast guard

E. there were no helicopters

F. the passengers on the regular ferry services did not notice the torchlight from her

G. the coast guard of the neighbouring country arrived too late

My sister was found

A. 5 hours after the storm began

B. 10 hours after the storm began

C. 16 hours after the storm began

My sister was found

A. near the coast

C. 25 km away, close to the beaches of a small island advertised for family holidays

My sister’s partner was rescued after clinging to his kayak

My sister and her partner were found

A. near each other

B. in separate locations

My sister’s partner was taken

A. to his hotel

B. to a local hospital

C. to a hospital on an island in the neighbouring country

A. was only slightly injured

B. had nerve damage to one hand

My sister’s partner had

A. no phone numbers for her family

B. no phone numbers for his children

C. to wait for his mobile to dry out in a bag of uncooked rice before he could get any phone

D. to use someone else’s mobile

E. to use a pay phone

My sister’s partner was visited in hospital

A. by his children

B. by his Consul General

C. by an ambulance chaser

After my sister and her partner were found, the kayak rental owner contacted the helpline of

the Department of Foreign Affairs of their home country

A. to report the accident

B. to inform them of the death and injury

C. to request compensation for the lost kayak

A. later than the Department of Foreign Affairs

B. later than local and international news media

Several months after my sister’s funeral her partner

A. returned to the country where the accident had happened, to complete the photography

commission that had originally taken him there

B. visited the kayak rental owner

C. undertook another kayaking trip by himself along the same coast

A. 6 months after the storm

B. 12 months after the storm

C. 15 months to the day after the storm

A. of a massive heart attack

B. of a broken heart

C. of heart strain caused by the accident

My sister and her partner are

A. buried in the same cemetery

B. buried near each other in the same cemetery

C. not buried in the same cemetery

A. never slept on her bed

B. stayed on my sister’s bed in the empty house for several months after her death, fed by

C. did not die the following summer

At my sister’s funeral I met a distraught young man she had supported with therapy sessions.

‘But where did your sister die?’ he asked. ‘Where? What is the name of the town? The

When I tried to explain, he did not understand.

Regi Claire: How I did it

I started to take my writing seriously when I entered a short story for a competition run by the Edinburgh Review – and it won! I was working towards a PhD at the university at the time, so I entered under a pseudonym. Everyone was amazed when they found out it was me. I’ve written two novels since then and many short stories, but never poetry – apart from the odd haiku. So this really is my first poem.

The inspiration for it came out of the blue, when I was writing a short story for a novel of interlinked pieces. I was working on a fictive dream sequence about the death of my sister when the urge to write this poem suddenly interrupted what I was writing – and I just had to stop and focus on the poem instead. I have never experienced an imperative quite like that before. In the dream I was inventing for the story, I was kayaking with my sister, just rounding the headland – so I think the poem emerged partly from that dream-creation state of mind.

I was also deeply influenced at that time by a memoir piece from the New Yorker that I was using as an example in my Reading Round workshops (www.newyorker.com/magazine/1996/06/24/the-fourth-state-of-matter). It’s an extraordinary account of a college massacre, but it reads like a piece of fiction. It made me excited about the fluidity of genres, how there are no rules. It offered a model for how I might write about my sister’s death, mixing fact with memoir.

I began with the phrase ‘My sister loved’ and some ideas in my head about water and the brittleness of glass. When writing prose I always think in images and rhythms – my husband is a poet and he says ‘you work like a poet’.

I didn’t realise it was a poem until I sent it to a friend for her opinion and she kept referring to it as ‘your poem’.

Regi Claire was born and raised in Switzerland but came to Edinburgh in 1993 to study for a PhD in English Literature – then dropped out to write the stuff herself. She teaches a Reading Round critical reading course at Edinburgh University’s Centre for Open Learning, and a writing workshop in conjunction with art historians. She has published two novels (The Beauty Room, 2002 and The Waiting, 2012) and two collections of stories, (Fighting It, 2009 and Inside-Outside, 1999). The latter two publications were shortlisted for Saltire Book of the Year awards. ‘(Un)certainties’ is her first published poem. English is her fourth language (after High and Swiss German and French). She has been subscribing to Mslexia since the very first issue in 1999. 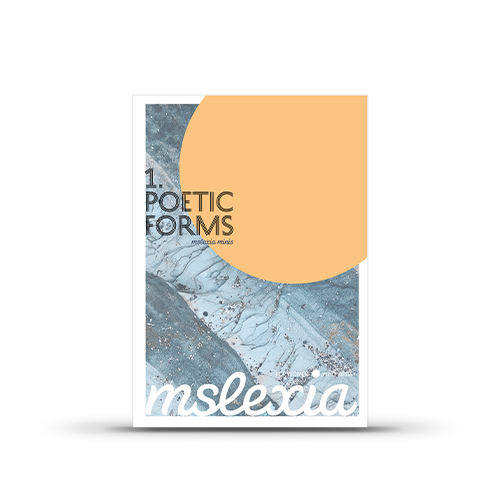 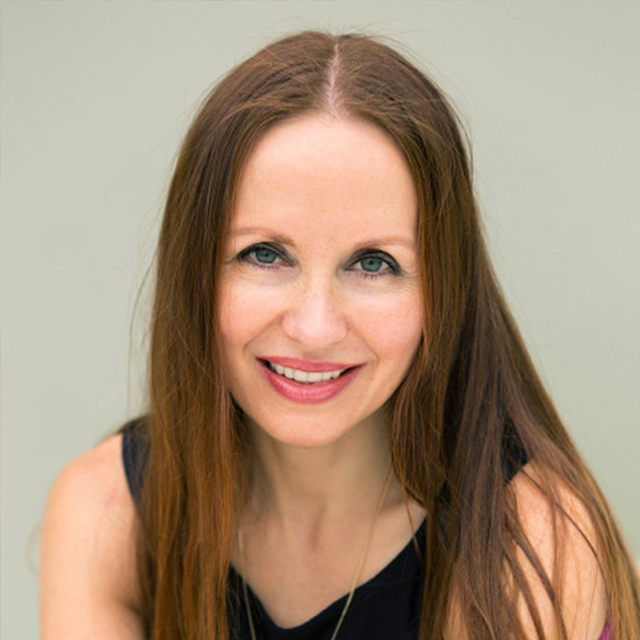