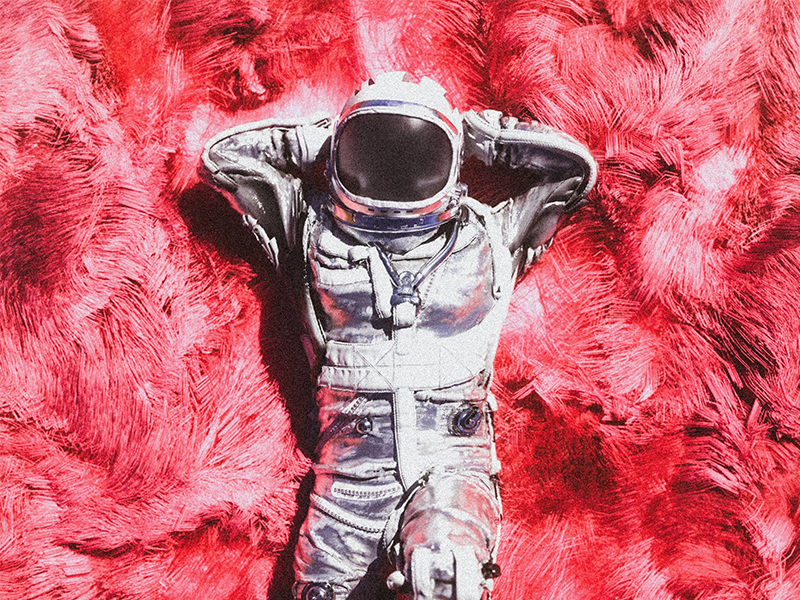 Editor's note: Critically acclaimed author Katie Khan is teaching a virtual workshop on our online members' area at 5pm on 5 April 2022. She'll be helping you combine big ideas with the themes in your own work and topical subject matter to super-charge your novel concept. Enjoy a deep dive into the fingerprints of bestselling high-concept fiction and leave the session brimming with story ideas.

Salon membership is just £12 per year on top of a regular print subscription, and with dozens of events slated in the coming months, it's the best money you'll spend on your writing this year. Join here!

What is high-concept fiction? It’s a term writers might hear from agents and editors as they describe what they’re looking for, or see splashed across six-figure book deals in the trade press. Both the publishing industry and Hollywood have come to idolise high-concept fiction in recent years, but what does it actually mean? And why is it so popular?

A high-concept story can be summed up in one line, with a clearly communicable premise.

Have you seen the film about a shark terrorising a small town? Or the love story in which we meet a couple on the same day each year? What about the book and film in which a billionaire brings dinosaurs back from extinction to create an amusement park?

High-concept fiction is all about premise. If you’re writing something high-concept, you are writing a story absolutely driven by plot.

At a recent event with The Novelry, Phoebe Morgan, Editorial Director at HarperCollins, explained: ‘High-concept fiction is often a concept that hasn’t been done before, and might be quite unbelievable – something that wouldn’t necessarily happen in everyday life. There are lots of novels about husband-and-wife disputes, for example, which you can imagine quite easily; high-concept fiction is something you can’t imagine happening to you, but you can envision it happening just out of reach. Something memorable that makes you sit up and listen.’

Sometimes a book or film is so high-concept, the title alone communicates the premise. Sliding Doors. The Girl on the Train. Snakes on a Plane. Sharknado. Jurassic Park. And, if you didn’t guess it above, One Day.

Let’s consider Naomi Alderman’s The Power: what if women developed the power to electrocute men? John Marrs’s The One: what if your DNA could match you with your one true love? The Last by Hanna Jameson: what if you were among the last survivors of the apocalypse, then discovered a murderer in your midst?

The premise is the title, and the title is the premise.

If your idea comes to you with the words ‘What if…?’ then you’re on to the coattails of something high-concept.

I have notebooks filled with the first inklings of high-concept premises; fractal elements of a situation or world. Many of those initial thoughts start life in my brain as questions in the format: In a world where [x] happens, what if [y] were possible?

High-concept fiction doesn’t have to be speculative fiction verging on fantasy and science fiction, though it often is. This is because those genres encourage the creation of new worlds. But a high concept can sit within almost any genre.

The challenge of being a high-concept writer is what my literary agent Juliet Mushens calls the ‘and then what’. Sometimes I’ll say to Juliet, ‘I have a great idea for a novel! What if dogs could talk?’ (I’ve never messaged her this specific example, but I don’t think she’d be wholly surprised if I did.) Juliet often pushes back by saying, ‘and then what?’ It’s amazing how often I only have the first half.

The leading character makes up the vital second half of a high concept. They’re the ‘and then what’ of high-concept fiction.

In a world where dogs can talk… a particular cat learns to communicate via semaphore. A special spaniel uncovers an unspoken threat to the canine world. A specific human learns their dog doesn’t love them as much as they thought. (Welp!)

Here’s a handy formula: In a world where [premise], [person] [does an antithetical thing].

Unlike many authors, a character has never walked into my head fully formed. I’m more likely to have a flash of inspiration about a world full of possibilities and then consider, ‘Who would be the most interesting character to put in this place?’

I can’t stress how important this is. Who you choose to marry to the premise is the execution of the book. The novel lives and dies by who you choose.

I’ve got this wrong before. I wrote a novel I’ve not yet shown to my publisher because, in the few drafts I did, I wrote about the wrong characters. They weren’t very interesting. Worse, I could never marry the premise to the character – the plot always felt like a stretch. It became a cool idea that drifted away in the telling.

If you’re stuck, try framing the question like this: in this time, in this place, which character has the most to lose? Who is most at odds with this world?

The other question at the root of a successful high-concept novel is something like this: What scenario generates the most tension between the characters? This is your ‘and then what.’

My advice here would be to consider existing social groups you know. Imagine if the apocalypse broke out while you were on a corporate retreat with your colleagues. Oh, the fun you could have, including office politics and workplace in-speak as the group battles to survive – plus you’d get to kill off the people who never washed up their coffee mugs.

If you opt for characters with no naturally occurring conflict between them, you will have to engineer it – and I speak from experience when I say it might never work. You’re peddling too hard below the surface, and the reader can sense it. The premise will always be better than the book, and no writer wants that.

Romantic couples are a tried-and-tested high concept winner – because there’s either a spark of chemistry between the characters, or a wealth of emotional baggage and relationship history to mine. Good conflict with the added bonus of an in-built question: will they or won’t they?

Take Beach Read: two authors struggling to write their own novels one summer decide to swap genres and write each other’s books, while also falling in love. Or In Five Years: a woman is asked in a job interview where she sees herself in five years, then flashes forwards in time to see her life completely transformed with a different romantic partner and must figure out why.

My own novel, Hold Back the Stars, is high concept: a couple are falling through space with only 90 minutes of air remaining, intercut with their love story on a utopian Earth. By putting my two main characters in a romantic relationship, their efforts to save themselves in space are informed by the love story the reader sees unfurling on Earth. One timeline informs the other. Their relationship becomes the ‘and then what’ of the ‘two people are falling through space’ premise. Will they live? Will they sacrifice themselves for each other? And why are they in space together in the first place?

High-concept fiction is often pitched to editors and film producers as an ‘X meets Y’ formula, which describes it in terms of two other well-known concepts. It was when I described my debut novel as ‘Gravity meets One Day’ that it sold as such.

But be careful what you choose; the combination needs to be illuminating. It can’t be a straight match: the two stories must collide. ‘The Girl on the Train meets Gone Girl’ doesn’t do much, because they’re similar novels in the same genre. How does your collision form something new?

The final thing I’d note about high-concept fiction is its idiosyncrasy. I didn’t google any of the one-line premises or loglines I’ve included here; I wrote them from memory. A decent high-concept story can usually be described in a similar way by many readers because it is so singular in its vision. It’s rare that the plot of a famous 1980s high-concept movie (‘a robot is sent back in time to kill the leader of the Resistance before he is born’) would be described as ‘a love story about a man sending his father back in time to impregnate his mother, while they’re hunted by a robot’. Both of those are descriptions for the film The Terminator, of course. But you’d have to be very contrary to pitch the second!

See you at my workshop on 5 April?

KATIE KHAN is the author of Hold Back the Stars, which has been translated into 22 languages and is currently being adapted for film by the producers of Stranger Things. Katie worked for Hollywood film studios for ten years and is now Creative Director at The Novelry, the online writing school where she tutors writers tackling speculative and high-concept fiction. 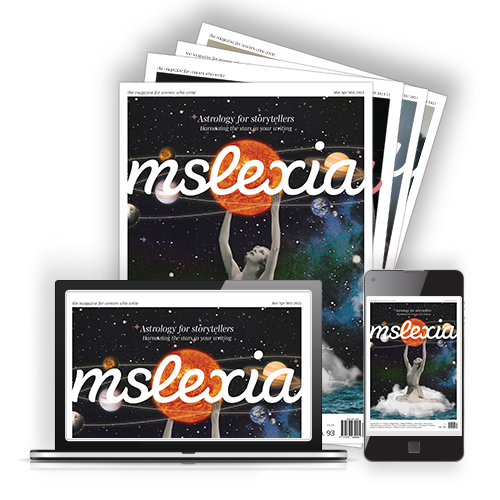