How to edit a poem

Hannah Lowe’s collection, The Kids, has just won the coveted Costa Book of the Year Award. Hurray! And it just so happens that Hannah’s also been writing a series of articles for Mslexia entitled Editing a Poem. Here’s the first in that series, from the December edition of the magazine, in which she talks about ways of approaching that most most challenging and satisfying of tasks. 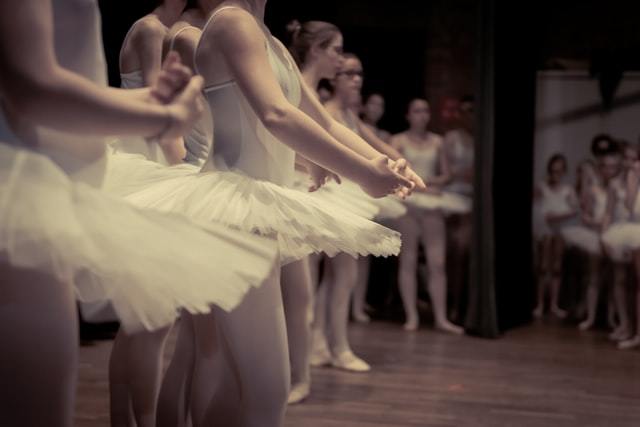 There are many approaches to editing a poem, but most begin with the assumption that editing begins when you already have a first draft. But I think we start editing the moment we put pen to paper, or fingers to keyboard.

I still write first drafts by hand, but even as I’m writing I’m aware that I am already penning words and lines I won’t use. I’ll think ‘Wrong word!’ or ‘I’ll come back to that later’; or I’ll leave a line half-finished and move on to the next. Often you need to get the words down on the page, to create the ball of clay, before you mould it with more precision. This can be especially true when writing in poetic form. If you intend the poem to rhyme or be metrical, for example, the first draft is unlikely to come out in perfect iambic pentameter with a Petrarchan rhyme scheme.

Writers often feel ‘in flow’ in a first draft, and at that point it’s important to get the poem ‘out’ – all the great ideas, the images, the brilliant turns of phrase – along with all its flaws or problems. I find that I can almost envision the shape of the poem in my mind’s eye, before I’ve written a word, so I’m attuned to that vision as I’m writing a first draft. Then later, when I’m doing the serious editing, I trust that my initial conception of the poem is the right one.

Unless it proves not to be… Because editing can also be a process of letting go.

Mimi Khalvati encourages this ‘envisioning’ process to take place once again after the poem has been written. Having already heard a poem read aloud, she asks us to ‘feel’ whether its shape, form and length seem right for the context and subject matter. In this way she invites members of her workshop to hold a poem in the air, half out of sight. This might sound a bit mystical, but I have found this method to work for me – it really is possible to ‘feel’ that a poem should be shorter, or that its lines should be longer, or looser, or tighter and more controlled.

If you conceive of writing as a method of enquiry, then editing becomes not the onerous work needed to ‘perfect’ a poem, but a way for the writer to think through, or into, a text. When I’m approaching it in this way, one question that often pops to my mind is, ‘What is this poem about?’ And I frequently discover that a poem that initially began as being about roses turns out to be about betrayal. And vice versa. This is one of the ‘macro’ elements of poetry editing: homing in on what a poem’s big ideas and themes are.

But before we start talking about the initial conception of the poem, I’m reminded of what runners or singers call the ‘warm up’. Liz Berry has written about the preparatory work she did for her poems in Black Country, which involves writing fragments and creating spider-grams, as ‘something I almost always do when I’m starting a new poem’. She finds that reading and writing freely around an idea helps her ‘discover connections, images and language without feeling inhibited by worries about structure, form or “poem-ness”’.

Sometimes I’m in too much of a rush to birth a poem to do any preparatory work, but this is something you can do after a first draft too, as part of your editing process, to discover more surprising and precise images.

By far the more commonly recommended methods of editing, however, must be ‘reading aloud’ and ‘leaving alone’.

Hearing your poem spoken aloud is crucial, and can be as much about music as about words – many necessary edits may be found this way. Hearing your poem in someone else’s voice can help too.

And leaving a poem alone has proved, time after time, to be equally crucial for me. I wrote the first versions of ‘Dance class’ in my 2013 collection Chick back in 2009, but could never land the poem. Years later I came back to the poem, having half forgotten it, and immediately saw what was worth keeping and what had to go (see below). When you are closely involved with a text, having tweaked it for hours or days or months, it can be difficult to see what Virginia Woolf called ‘the diamonds in the dustheap’ – but clearing the poem from your mind will often bring clarity.

Roddy Lumsden told me that the poet Sally Read edits in ‘layers’, working on the poem systematically, focusing separately on the different ‘micro’ elements of imagery, syntax, line breaks and phonetics. Her poems show such attention to the features of poetic craft that it’s easy to sense this process at work.

And John Stammers once talked to a poetry group I was in about a poem’s ‘punctum’ – a term I later learnt came from Roland Barthes’ work on photography. The punctum is the part of a photograph that ‘punctures’ you – that touches you and elicits the strongest reaction. Together, we looked for punctums in many different poems. There usually was one, and as a group we usually agreed what it was. So another way into editing is to find that punctum moment in your poem, and cut away anything that doesn’t somehow align with it, expressing the rising and falling action around that key moment.

Other ways into the process? Edit your poem in your head while walking, swimming or having a bath. Write a paragraph of literary analysis of your poem, then see if your analysis is actually in evidence in the poem. Sing it to yourself. Chop off the first and last lines. Put them back. (And make sure you keep all your drafts. Like an over-zealous barber, the editing poet might find they’ve cut away so much that the poem has become bald.) Share it in a workshop and listen, without defence, to what others say about it. But after the workshop, be privately defensive about your poem, because, after all, it is your poem.

At the front, the best girls posed like show dogs,

their tiny waists in wrap-round cardigans.

I’d dally at the back, a giant in Lycra, the big

to tap, a whack of tap-shoes happy-clapping

and mine, wood-slapping the off-beat, missing cues.

Twice a week for seven years, that torturing.

And after, in the hall, my dad would hover

In his leather coat, an old black man among

the Essex mothers and I’d whisper

to another girl, he’s the cabbie that my mother sends for me.

Driving home, we both gave up on talking.

I’d fiddle with my hair pins, tune the radio,

stroke the satin ribbons of my shoes.

The best girls posed like poodles at a show

and Betty Finch, in lemon gauze and wrinkles

swept her wooden cane along the rows

to lock our knees in place and turn our ankles.

I was a scandal in that class, big-footed

giant in Lycra, joker in my tap shoes,

slapping on the off-beat while a hundred

tappers hit the wood. I missed the cues

each time. After, in the foyer, Dad,

a black man, stood among the Essex mothers

and scan the bloom of dancers where I hid

and whispered to another ballerina

he’s the cab my mother sends for me.

HANNAH LOWE is one of 2014’s ‘Next Generation Poets’. Her debut collection Chick won the Michael Murphy Memorial Award and was shortlisted for both the Forward and the Fenton Adelburgh first collection prizes. Her memoir Long Time, No See was a BBC Radio 4 Book of the Week. Her 2021 collection The Kids is a PBS Choice and won the Costa Book of the Year Award. 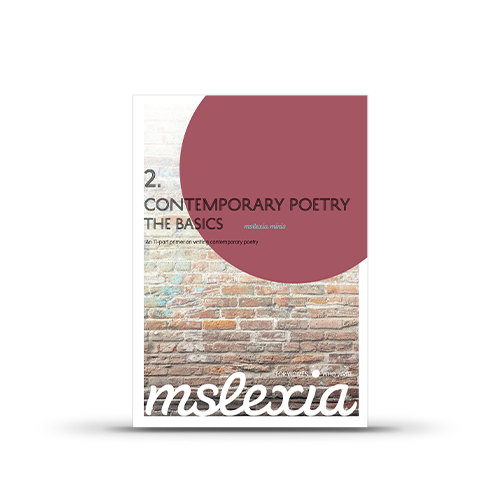 The Basics of Contemporary Poetry 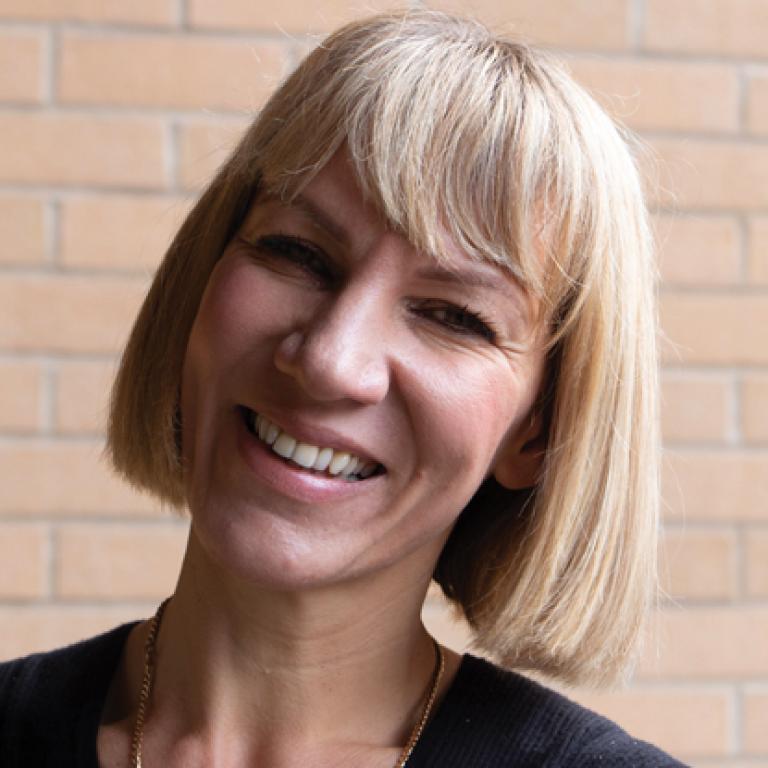