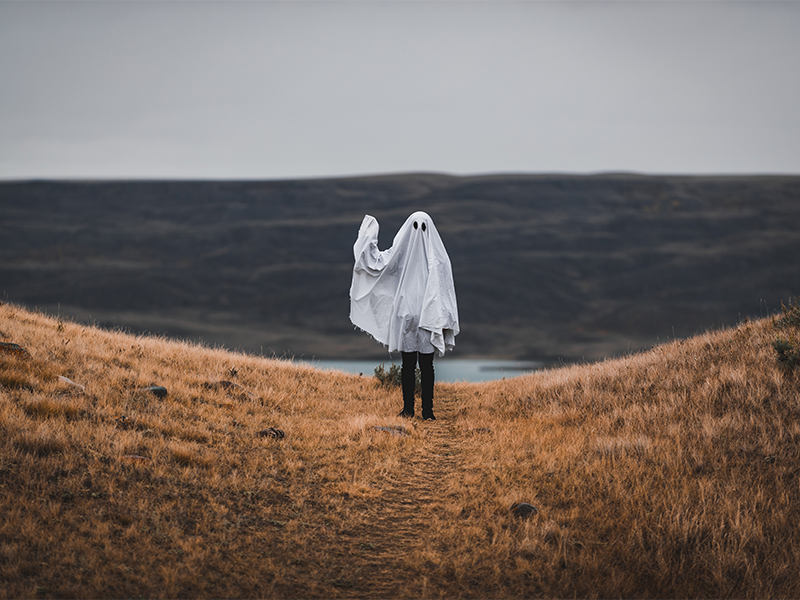 Ghost writing is a fast-growing genre. Fifty per cent of the top 20 non-fiction books are biography or memoir. And many celebrity publications involve the pen of a ghost – with some unlikely pairings, such as journalist and Beatles biographer Hunter Davies writing the memoirs of Wayne Rooney. But memoir is no longer the preserve of the rich and famous. These days you can find doctors and firefighters topping the non-fiction bestseller charts, as thousands of so-called ‘ordinary’ people have sought to record their extraordinary stories – with many seeking the help of a ghost to do so.

I first came across the opportunity to become a ghost through a small ad in Mslexia four years ago, while I was confined to the house with a broken leg. The life writing service Story Terrace had just started up and were looking for writers.

I had no experience of ghost writing, but life writing was my chosen creative genre and I’d taken ‘write what you know’ literally in my vaguely autobiographical short stories. And I had been obsessed by biography and memoir from a young age, fascinated by lives lived in worlds beyond my experience, from Hollywood stars through the ‘misery’ memoir era of Frank McCourt, via the stories of Helen Keller at school and Miriam Makeba and Nelson Mandela.

Four years and 22 books later, the life of a ghost-writer has given me access to fascinating lives, improved my own creative practice and made me into a prolific teller of tales – as well as providing me with a source of income.

The last year has seen an exponential rise in demand for my services. The pandemic lockdown has fostered nostalgia and allowed memories to drift to the surface. In the last year of lockdown I have travelled vicariously to Afghanistan, India, Israel, Greece and all over the UK. I have written about the dramatic, the traumatic and the seemingly mundane. Overcoming adversity is a frequent underlying theme. One of my clients was dealing with brain damage from a road traffic accident; another was working as a DJ in 1960s Majorca, with George Best as a friend, until MS led to her pioneering treatment in Hungary. I have had clients with terminal illness, who wanted to leave a story to help their children cope with their loss. I have written for clients separated from loved ones by discrimination; about custody ordeals between the UK and Israel; about nonagenarians’ memories of the second world war.

‘Ghost writing’ as a term originated in the 1920s with the US agent Christy Walsh, who had a stable of 36 writers to pair with sports celebrities. There are companies in the UK today who operate in a similar way, pairing clients with professional writers. Story Terrace have 600 writers on their books and are looking for more; Book of My Life have 80.

I asked Book of My Life founder Alison Vina what she looks for in a writer. ‘All our writers are published authors or journalists. Just as important as their writing experience is their personality. It’s essential that that they are kind, patient and empathic interviewers.’

But you don’t have to go through a company to find clients. Leading ghost-writer Andrew Crofts suggests approaching your ‘person of interest’ directly. This may work if you are an established writer yourself – but can be difficult if you are unpublished and your target is a celebrity with gatekeepers to get past. An alternative is to approach someone fascinating you already know, and offer to write their life. Whatever route you choose, the important thing is to establish a relationship that will enable you to slip on the coat of another life.

There are many reasons why someone might employ a ghost writer  to tell their story (or that of a loved one – Book of My Life’s most unusual request was for someone write the story of their dog). Clients may be too busy to take on such a concentrated commitment; or they may feel they lack the linguistic skill, having struggled with writing at school, or being steeped in technical and business documents at work.

Once you have secured your client, I’d recommend preparing for the task by reading lots of biography and memoir and making lists of questions you could imagine yourself asking the subjects of those books. Being a ghost has given me the excuse to broach questions I might otherwise hesitate to ask – people reveal things to a ghost they may never have spoken of before.

Find out as much as you can about your client, then meet to establish what they want from the book. They may have been given the memoir package as a gift from a relative, and may be embarrassed or reluctant to recount their lives. If so, they will need to be encouraged to recognise and celebrate their achievements.

You also need to agree the approach to take. Who are the readers of the book likely to be? For most clients the audience is family. Others may believe their story will be of wider interest and hope for commercial publication.

The next step is to begin gathering material. I usually conduct a series of interviews, sometimes with the help of a questionnaire. I follow this with an outline and a sample first chapter so that we can agree the structure and style before I write a full draft. Usually the writing and editing process involves Word documents passed back and forth – though I did have one client who sellotaped handwritten sections over my paragraphs.

An important thing to remember – and impress on clients – is that the book should ideally read like a novel rather than a chronological biography, although some temporal order does help with the structure. With this in mind, I often start with an ‘inciting incident’, i.e. an episode that has made the person revalue their life, or a recent event that has triggered a memory. Then I loop back to describe any particularly challenging, joyful or meaningful events that I try to shape into a narrative. These I encourage the client to recall in sensory terms – the look, sound, smell, taste of what happened. This quality is what memoirist Mary Karr refers to as  ‘carnality’ or ‘the difference between a vague memory and a clear one’.

In addition to in-person interviews, which I record, note and transcribe, I research historical details in order to give a flavour of what was going on in that locality at the time. Many older clients want their memoir to show their family how life has changed over the generations.

For example, I used Esther Freud’s autobiographical novel Hideous Kinky to help me write the story of a client who had been on the hippy trail; and Sheila Hardy’s A 1950’s Housewife for a client who was Bride of the Year in 1955. Merchant Seaman Mick Hugo’s memoir Skinning Out provided extra background for a client who shared that profession, and I used Rachel Bland’s For Freddie for a client with a terminal illness.

Also useful for background are photographs, records and family letters – Hunter Davies used Wayne Rooney’s school reports. A recent client of mine gave me letters he’d written to his wife during the second world war, which helped me reflect his voice in the memoir.

But becoming a sounding board for someone else’s trauma can take its toll. ‘Watching someone scrutinise a painful memory in depth is like lancing a boil,’ says Mary Karr. Clients may find it therapeutic to talk about trauma, but ghost writers are not therapists.

Those who have experienced abuse, neglect, heartbreak and the loss of a loved one, have to be handled sensitively. As a result an intimacy can develop quickly between writer and client and you carry these lives with you – so it’s important to learn to step away when you’ve written a particularly difficult piece.

And remember it’s their book not yours, which may mean setting aside your literary pride. I took it personally when my lyrical prose was cut in favour of the documentary style preferred by a lifelong scientist.

What will you earn? As a respected ghost writer in the world of big publishing you can expect to be paid top dollar for a celebrity memoir. But as a pen for hire for an ‘ordinary’ memoir, the rates are similar to those for other copywriters at around £40 per hour.

As a rough guide, you might expect to spend at least 50 hours on a  20,000-word book over three or four months, from first interview to final draft. If you’re working with a package company, they will agree a project fee with you at the outset, which is a percentage of what the client pays them. If you are working with a literary agent and a big name, you may be able to negotiate a share of royalties too.

A ghost writer’s life can be rewarding and frustrating, but the commonality of life experience is inspirational. After all, we all have a story to tell, and it is usually our own.

Not sure where to start? Try this...

Some package companies who use ghost writers

• Book of My Life bookofmylife.co.uk

Some memoirs to guide development of a narrative voice

• The Liars’ Club: A Memoir by Mary Karr

• I Know Why the Caged Bird Sings by Maya Angelou

• My Invented Country by Isabel Allende

Some ghost-written biographies and memoirs

• My Story So Far by Wayne Rooney (Hunter Davies)

• A Survival Guide for Life by Bear Grylls (Jo Monroe)

• Stripped: A Life of Strip and Tease in Clubland by Samantha Bailey (Jo Monroe)

JOOLS ABRAMS is a ghost writer with an MA in Creative Writing from Birkbeck who used to be a primary and forest school teacher. She won the Wasafiri Life Writing Prize which led to her novel, Absent Year, out later this year. She is currently writing her own memoir about growing up with an autistic sibling. When not writing, she has adventures with She Who Dares (she wrote a book about them too). @joolsdares

This article was originally published in the autumn issue of Mslexia. For more industry insights, career guidance, craft advice and original writing, subscribe now from just £19.99 per year. 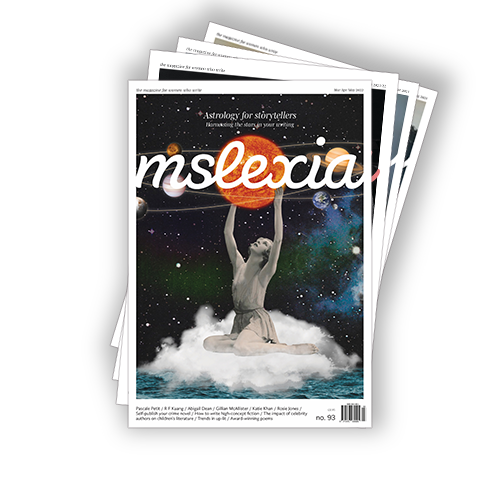