In the run up to this year’s National Novel Writing Month in November, Meg Clothier investigates a speedwriting craze that’s taking the literary world by storm. (It works for poets too…) 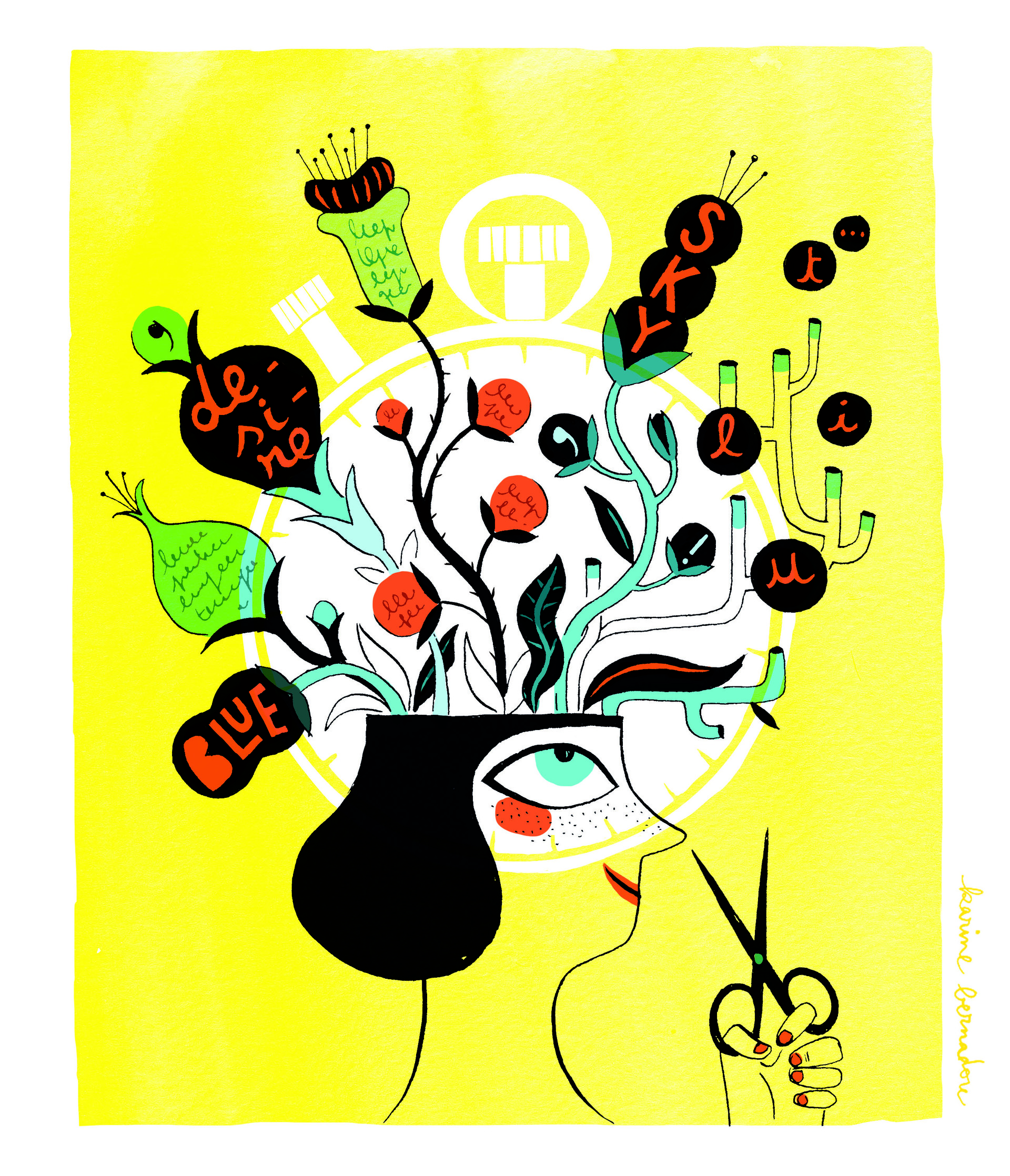 Write a novel – in a month. Terrifying? Or tantalising? And what if you pull it off? Let’s go one better – what if that novel becomes a runaway hit? Close your eyes and picture it. ‘Wow,’ says the Times. ‘Enchanting,’ says the Guardian. What’s that? Hollywood’s on the line? They want the film rights? How much?

It happened to Erin Morgenstern with The Night Circus. It happened to Sara Gruen with Water for Elephants. It could happen to you – or to any of the other hundreds of thousands of people who take part in the ultimate writing sprintathon that is National Novel Writing Month (that’s NaNoWriMo to those in the know).

Begun in 1999 by just 21 people in California, so mushroom-like has been its growth that a wag at the Washington Post estimated that at the current rate of expansion every US citizen would be knocking out a novel (all right, novella) come 2027.

The premise is simple: start novel on the first day of November, then write 1,667 words a day. If you reach 50,000 by the end of the month, you’re a winner. A winner and a novelist. (And let’s not forget, it’s free – unlike a lot of other writing props out there.)

Like any successful phenomenon, NaNoWriMo has attracted its detractors, whose views, after a wander round the blogosphere, I summarise thus: ‘Blah blah, too much dross being written already, blah blah, don’t encourage it, blah blah’.

I asked Mary Robinette Kowal, whose own NaNo book, Shades of Milk and Honey, was nominated for a Nebula award, what she’d say to the naysayers. Her reply was bracing. ‘Please take your elitist rubbish and shove it. In every other art form we allow people to do it for the love. Why, in heaven’s name, would anyone stigmatise the love of writing?’

Talking to NaNoWriMo veterans (and their comrades-in-arms over at NaPoWriMo – 30 poems in the 30 days of April), I’ve learnt that this approach – binging, splurging, gorging, free writing, flow, call it what you will – can be a fantastic weapon in a writer’s arsenal. I’d wondered initially whether the obsession with volume, with quantity prized over quality, wasn’t a little bit macho, but Sally O’Reilly, who binge-wrote her way towards her acclaimed Dark Aemilia while on holiday, set me straight. ‘Women are often not as good as they might be at putting their own enterprises first. Selflessness is a great quality, but to be an artist you need a bit of ruthlessness. NaNoWriMo gives you permission to say to your family, “You know what? This month my novel is coming first”.’

Naming something does make it more powerful. I picture a woman standing before a sword in a stone. ‘I can’t do it. Everything I write will be silly, derivative, pointless.’ She steps onto the plinth, but still she hesitates. ‘I could do it if only I didn’t have this stupid job, those nut-job children, my old mum to look after, the bloody dog.’ She grasps the sword and gasps as it glides free. ‘I don’t care! I’m going to try!’

And actually there is a little magic that comes attached to that growing word count. What do you normally say when people ask how your book’s going. Lie? ‘Gosh, really well, thanks.’ Surely not the whole truth? ‘Awful, I hate myself. I am a bottomless pit of talent-less doom.’ Aha! How about a palatable truth? ‘I’ve topped 40,000 words! Go me!’

‘A lot of poets are intimidated by the idea that they need to produce immortal verse before they’ve even had their coffee,’ Maureen Thorson, NaPoWriMo founder (and international trade lawyer) told me. But WriMo lances that anxiety. ‘This project is for writers not readers.’

I know just what she’s talking about. I have a document buried in my laptop called ‘CHUNK_0’. It’s my first ever attempt at fiction. It’s drivel: mannered, mock-epic, arch and riven with pseudo-Tolkienisms (as if the real ones aren’t bad enough, I hear you mutter). It has a fiendish password so that even upon my death nobody will be able to read it. And that’s the point – it was written for one reader. Me.

WriMo is a community that is OK with the very (very) bad writing that comes at the beginning of something new. More than OK – it relishes it. ‘There will be much execrable prose,’ NaNo HQ ordains.

Ally Kennen, now working on her tenth title (a supernatural book for children), was contracted to write book two of a three-book deal – but she had a small baby and a bad case of The Fear. She felt couldn’t match her socks, let alone write – until NaNoWriMo galloped to the rescue. I asked her whether what she wrote was any good. Her answer was wonderfully disarming. ‘Mostly completely pants. It was an ugly drooling monster – but it had a beating heart. It gave me something to work with. I rewrote nearly every word, but there were odd flashes of inspiration that I kept.’

You all know as well as I do that nobody is going to plan, research, draft, redraft, edit and re-edit 50,000 words, let alone a full-length novel, in 30 days. Even if you’re Erin Morgernstern. ‘I’d guess that maybe half of it is useable,’ she wrote on her blog after finishing NaNo. Or as Kennen more graphically put it: ‘Do NaNoWriMo and then come back to your draft with a cleaver in December. There should be terrible, terrible bloodshed.’ NaNo novels are first drafts. NaPo poems need reworking. To forget this is to make a big mistake.

‘I did NaPoWriMo just to prove that I could,’ says Bernadette Geyer, a Berlin-based poet who also leads online poetry workshops. ‘Our lives are full of distractions. We have to have the willpower to push them away if we want to accomplish anything. Doing NaPoWriMo proved to me that I had the power over my days.’

This applies to professional novelists as well. All five of Kowal’s novels have been written either during NaNo itself, or using that model. ‘What I like about it is the sense of accountability,’ she says. ‘I’m fully capable of writing 2,000 words per day, but there are so many shiny things that I’m interested in. Without an external deadline it’s easy to be distracted.’

But for some people WriMo writing is itself the distraction. PR consultant Elizabeth Elford is a graduate of the City University Creative Writing (Novels) MA. She’s child-rich and time-poor and very committed to her writing. Had she ever been tempted to try NaNoWriMo? ‘I did an Urban Writing Retreat once and barfed out 7,000 words in one sitting,’ she tells me. ‘It was in a lovely open space. Exposed brick, skylights. Lots of cake. I was pregnant, a little crazy. There was all this competition from the other writers there – tap, tap, tap – and I thought, “Oh yeah?” I surged. I was proud. I’d written the most.’

Her dream writing scenario is a cabin in the woods: solitary and lonely; the very antithesis of the fizzing WriMo community. Which reminds me – just before I finished talking to Ally Kennen, she mentioned that one thing that helped her keep going was a ‘Word War’ with somebody in Japan… ‘It’s adrenaline,’ she explained. ‘You challenge somebody and write intensely for five to ten minutes – some hardnuts do an hour – and see who wins.’

The word for this is ‘gamification’ (using a game strategy to solve a non-game issue). Some people say it’s bad – writing is about graft not dopamine. Personally, I think anything that injects a bit of thrill into the trudge-trudge of writing is brilliant. I’ll take instant gratification when it’s on offer, because the other rewards for a writer are so often so very delayed.

Or are they? I’ll leave the last word to Lisa Goodwin, the Bard of Ynys Witrin (that’s Glastonbury to you and me). ‘After a week, the poetry just began to flow and I was beginning to see it and hear it everywhere. I would see a man waking in the rain, or a leaf would fall a certain way and there would be a poem popping into my head,’ she told me. ‘I can truly say that NaPoWriMo has changed my life.’

Starting with just 21 participants in 1999, NaNoWriMo had grown to over 300,000 by 2013, and now involves nearly half a million writers all over the world.

The challenge is simple: to write at least 50,000 words during the month of November.

Bestselling novels Water for Elephants by Sara Gruen, Fangirl by Rainbow Rowell, and Wool by Hugh Howey – as well as Emily Randall’s winning novel in our 2021 Children’s Novel Competition – all began as rough drafts during a NaNoWriMo writing binge.

Meg Clothier has written two historical novels: The Girl King and The Empress (both Random House). She has a past life as a Reuters journalist in Moscow, and a new one corralling two small children. She’s working, very slowly, on a third novel.

This article appeared originally in Issue 61 of Mslexia 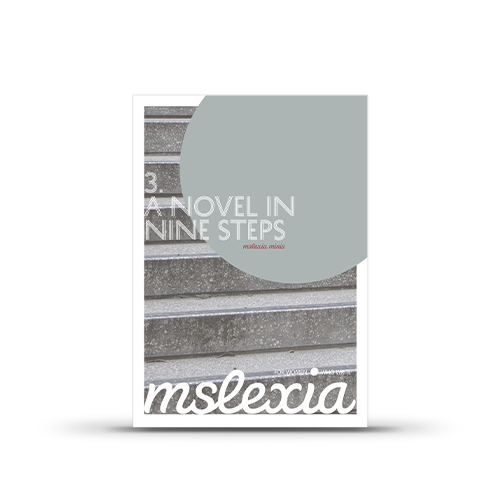