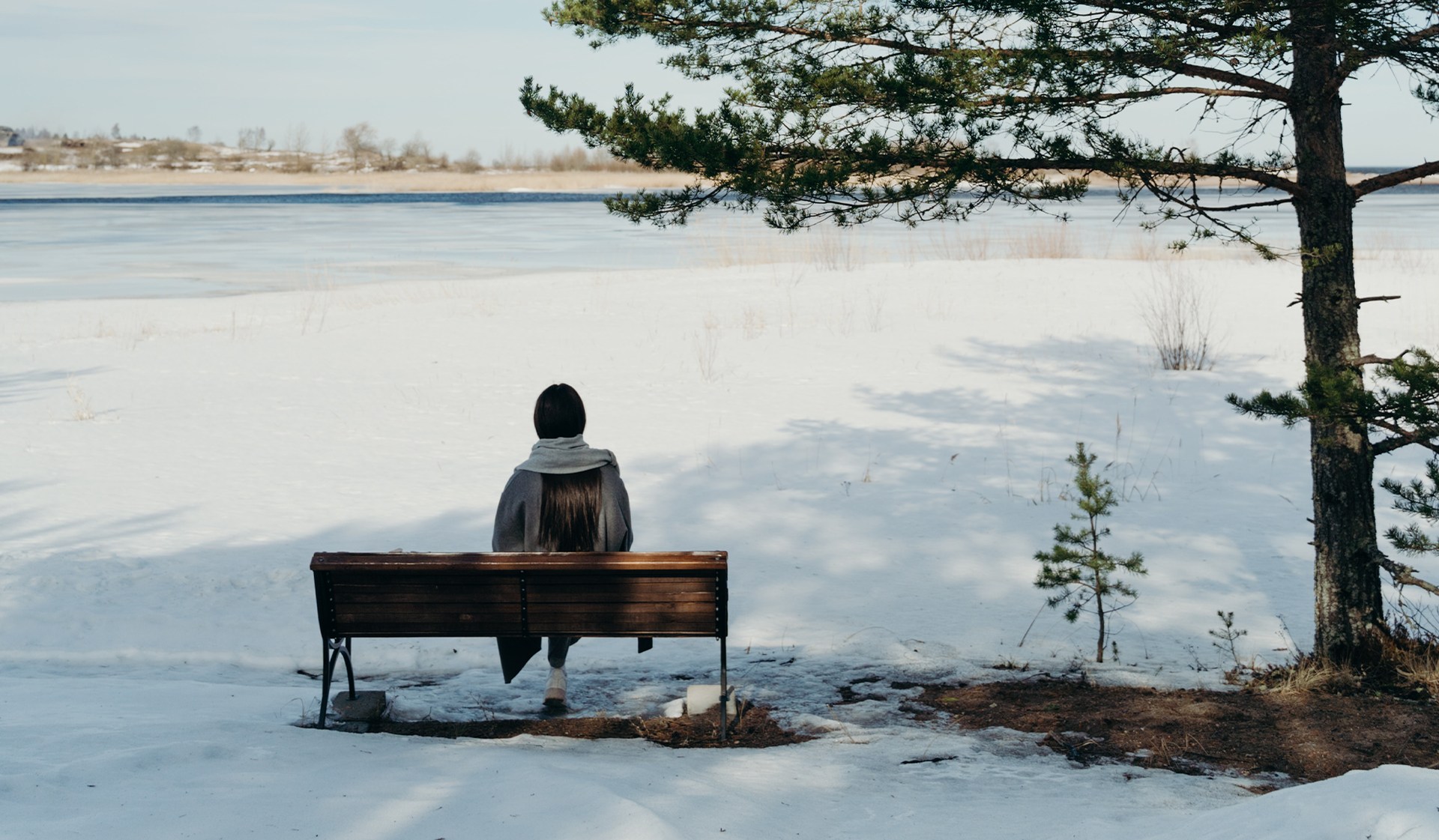 Sometimes, if the light falls the right way, you can just about make out the tangle of matter every writer drags behind them. It’s made of bare branches, shed feathers, brambles and bones. It’s made of hurt, frustration, fear and shame. Each of us likes to keep our tangle closely-guarded, a dirty secret. We would prefer to pretend it isn’t there at all.

If we could manifest these tangles just for a moment, we would see how similar they are. Most of us bring the core of them into our writing practice before we even begin: those beliefs that we’re not good enough, too old or too young, that our face doesn’t fit. If we listen to them, they echo with the voices of the teachers who underestimated us, the parents who thought it was all a waste of time, the partners who mocked us for our pretentions.

We write anyway. We always have. We haul our tangles into studies and coffee shops, and coil them under our desks as we work. Sometimes, we rest our feet on them and make ourselves comfortable. But other times, they make it hard for us to get our knees under the table in the first place.

And the problem is, they grow. As we move through life, they accumulate all sorts of detritus: criticism, rejection, disinterest. Missed chances, lost hope. Eventually, our tangles begin to draw the vitality from us, making our creative life feel stale and colourless, sometimes painful. At some point, the writing stops.

When I first conceived of my hybrid memoir Wintering, I thought it might be a guide for writers. I use the term ‘wintering’ to describe the fallow periods in life when we fall through the cracks, feeling cut off, frozen, rejected or hidden from view. Although the book expanded to find a far broader scope, I still think that being a writer taught me everything I need to know about how to endure a season in the cold.

I’ve spent the majority of my writing life not writing. There have been many different reasons for this. When I was just starting out, I would stare at an empty notebook for hours, willing the words to come and feeling ashamed that I was daring even to try. Later, other issues got in my way. Bereavement, depression, periods of illness, motherhood. Dips in confidence after, let’s face it, more than one unsuccessful book launch. The embarrassment of financial hardship being caused by my stuttering creative career. The time pressure of full time work. Whatever life threw at me, it seemed to jolt my writing off course.

Wintering is always a deeply painful experience, and we are not trained to talk about the downturns that we experience. We tend to see them as something that has happened uniquely to us, a way in which we’ve failed while everyone else stays merrily afloat. I think this is a pernicious untruth. Everybody winters at one time or another, and most of us winter over and over again.

I’ve come to see wintering as a normal part of the life-cycle, a phase that cannot be avoided and which is not our fault. It cannot be rushed or parlayed away. And it’s necessary. Wintering is change in action – albeit that the change is often unwanted, requiring adaptations we don’t wish to make. But we must make them anyway, and wintering opens up space to integrate them.

You’ll have noticed that I don’t use the term ‘writer’s block’. It’s too reductive, assuming there’s a flaw in the mindset of the writer. We need to understand this inhibition as a part of a bigger ecosystem – because our writing selves are not separate from the rest of us.

This past year many of my students and mentees have been saying they’re blocked, when in fact they are completely overwhelmed and exhausted. Finding ourselves unable to write the 800-page literary novel we planned while juggling home-schooling, a day job and a state of existential terror should not be a surprise. But somehow we let it surprise us anyway, and then we become angry and desolate for failing to achieve all we wanted to achieve.

If we see our blocks as dormant seasons, we can begin to reimagine them. We humans are unique in trying to fight the winter or pretend it’s not happening. The rest of nature accepts it as a basic fact: a fundamental part of the work of survival. Winter is a time to reflect, recuperate and restore; to evaluate and make plans for the future. In the Celtic tradition the Dark Half of the year is often referred to as ‘gestational’. It is not a dead and useless season, but a crucial component of our creative work.

When we winter, we are often spent. That feeling of being blocked might actually be an ‘empty well’, as Julia Cameron would put it: the experience of having flowed out too much without putting enough in. In my deepest winters I often find myself not only unable to write, but also unable to read. I’ve come to greet these times with the wry acceptance that it’s time for a break.

Being blocked is passive, but wintering can be an active process. When I found it hard to read or write this year, I assumed that this inability was expressing a need. I asked myself. ‘What can I learn in the space that this opens up? Where does my curiosity lie? What feels stale and boring?’

As a result I’ve avoided books I felt I ‘ought’ to read and have been enjoying other pleasures instead: watching documentaries on Netflix, listening to podcasts, following a few online courses. I’ve also stepped up my teaching so that I can explore other people’s texts instead of my own. I’m still working, but it feels like a rest, because it shifts my attention away from my usual concerns.

All these things have not only refreshed me, but led me to radical new insights about the shape my next book will take and how I want to work in the future. With the words flowing again, I see that these changes were essential, but none would have happened without everything grinding to a halt.

Our writing is often the first thing to signal that something is awry elsewhere in our lives. Creative practices are a kind of litmus paper for low self-esteem, anxiety, trauma and any number of other issues. These can surface as professional envy, self-pity, rage or bitterness. If we can learn to walk with our darker emotions, they can teach us a great deal. It is only when we pause that we get the chance to do this.

It’s important to remember that our blocks are not as absolute as they seem. Sometimes, when I’m unable to make progress, it’s because my mind is running over some other concept that I’m trying to suppress. I’ve learned just to let this all come out. The process is a bit like having an affair: after the initial thrill, I’m suddenly full of yearning for the familiarity of my main project again. Occasionally, though, it’s led me to trash my current work-in-progress and pursue something with far more life in it. If I hadn’t given in to this instinct, I would never have found my first agent or got my first publishing deal.

But even if there’s no desire-project knocking on the door, we can still write. In my lowest moments I make myself describe the world around me. What happened yesterday? What did I dream last night? What conversations can I remember? I can pour out several pages on how filthy the house is getting while I’m sitting uselessly behind my desk, failing to create anything meaningful. Whatever comes out, it proves I can still form words. That can be a comfort when the going gets tough.

I won’t pretend that wintering is anything other than a miserable, isolating and agonising experience. It cannot be solved or cut short by following a few simple steps. But with each winter we endure, we gain in insight, resilience and wisdom. We adjust the course of our life so that we can manage again. And when the thaw comes – as it will – we can take our rightful place in the world again, with new stories to tell.

If you find yourself ‘wintering’…

Pay attention Without judgement, notice where your attention is falling. Are you scrolling between social media apps, or endlessly refreshing the news? Are you chasing contact with friends and family? What are your patterns here? What can you learn about what you’re craving?

Don’t write If you’re finding it hard to write, don’t. Just rest. Do anything but write. Go for a walk, watch trashy TV, clean out your cupboards. Only write again when you have words wanting to come out. This is an act of trust: you will still be able to write when you’re ready to return. It won’t go away.

Do something new Choose an activity that you haven’t done before, but which invokes your curiosity, either online or in physical space. After you’ve finished, write about it in your notebook. What happened? What did you learn? Give yourself full permission not to be poetic about it.

Find wild cards People are always offering completely unwanted recommendations – experiment with following them. Read the novel your sister is raving about; watch the movie your nephew thinks is the greatest ever. Throw your carefully-curated cultural life into chaos. Love it or hate it, you’ll be surprised what you learn.

KATHERINE MAY is a bestselling author whose titles include Wintering and The Electricity of Every Living Thing. She is also the editor of The Best, Most Awful Job, an anthology about motherhood. Her essays have appeared in a range of publications including New York Times, Observer and Aeon. Wintering was serialised on BBC Radio 4 in December 2021. 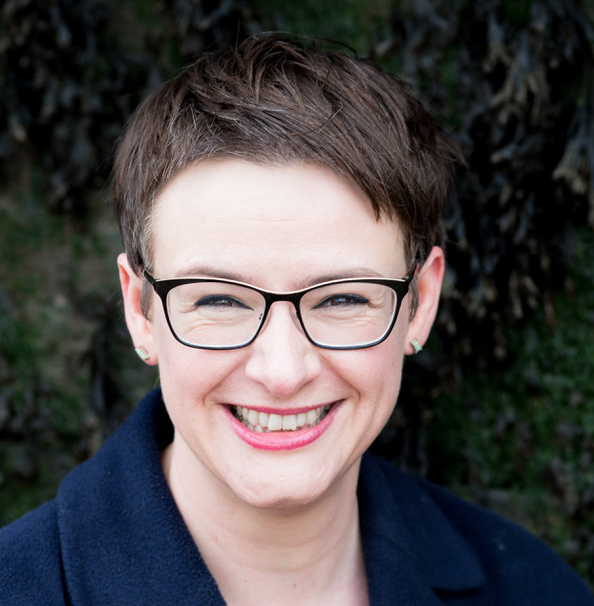